Archlute and theorbo could be called the first “loud lutes” (liuti forti). From today’s point of view they mark the beginning of a process which leads directly through the angélique and J. S. Bach’s single-strung baroque lute to the Liuto forte of the 21st century. 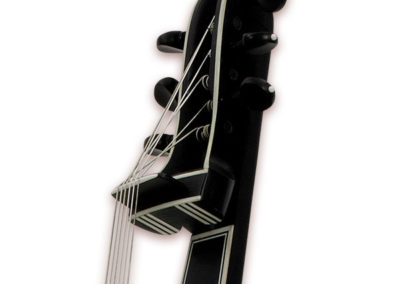 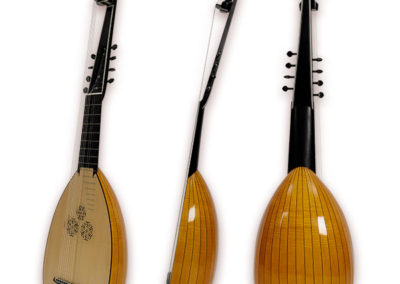 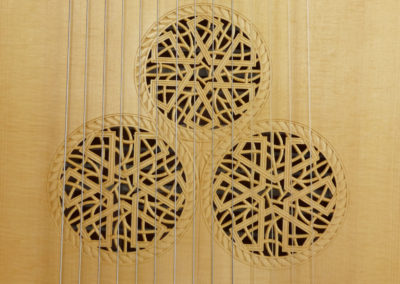 The great success of the ”archlute“ invented by Alessandro Piccinini (1566-1639) lay in its combination of two innovations: the lengthening of the bass strings and the use of high pitched, penetrating tuning on an instrument of long string-length and strong resonance. The employment of the high, ”alto lute“ tuning, which was conceived for instruments of around 60 cm, on an instrument of tenor proportions with a string-length of around 70 cm, was only possible with the use of thicker strings, a higher tension and a lower pitch. Combined with the typical use of fingernails in the right hand, this resulted in a remarkable capacity for carrying the tone.

Archlutes played a significant part in the ensemble-music of the 17th and 18th century, as well as in vocal accompaniment. They also generated a remarkable soloistic repertoire. Its very long bass strings were always single, while the fingerboard strings came sometimes in double courses and sometimes single.

The sometimes extreme length of the open bass strings of historical archlutes is due to the fact that at the time of the invention of these instruments there were no bass strings wound with metal. The bare gut or metal strings common at that time had to have a certain length in order not to become too thick and thus sound dull. Since Liuti forti in the bass, however, are all equipped with wound strings, these highly impractical, extreme extensions can be dispensed with in our instruments. In contrast to historical archlutes, Liuti forti with extended bass strings do not show any break in sound at the transition from the fingerboard strings to the bordun strings.

The archlute proper is to be carefully distinguished from the instrument known as ”liuto attiorbato”, which was a small instrument also in the G tuning and furnished with lengthened bass strings. Italian composers of the 17th century have left a considerable solo repertoire to be played on its comfortable short string-length, which if attempted on the archlute and its longer mensuration would prove problematic for the left hand.

The Arciliuto forte in g, however, which due to its soundboard construction can exceed an historical archlute in volume, can be given a shorter string-length without losing its penetration. It is thus equally able to fulfil ensemble duties and to interpret the delightful music for the liuto attiorbato. Due to its power, brilliance and timeless beauty the Archlute remains among our most popular models.

By choosing an Arciliuto forte in g in the tuning G A B C D E F G A c f a d’ g’, you can not only enjoy an immense reduction of fingering difficulties in the reproduction of the instrument’s original repertoire; you can also comfortably switch to the d minor tuning by exchanging only two strings. The transition from archlute to an instrument in the d minor tuning then demands no more acclimatization to the new bass register than in the case of a transition from archlute to theorbo, whose sixth string is also tuned to an A. 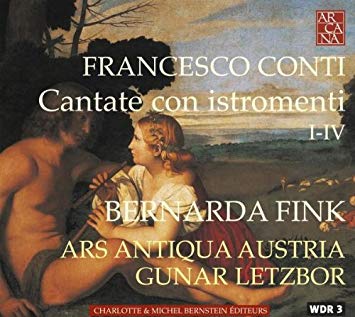 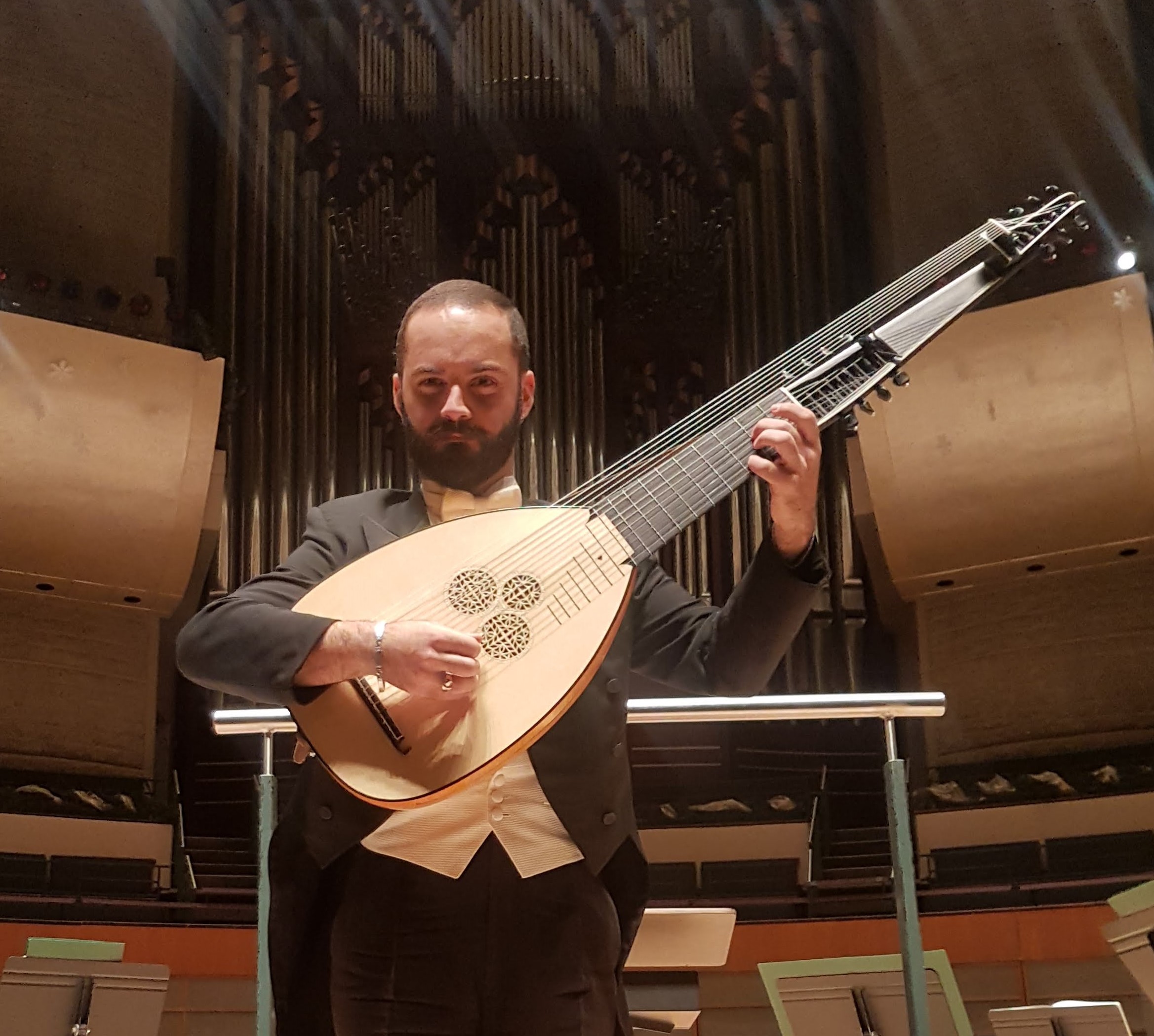 The complete CD on bandcamp.com