This is the instrument which for guitar players will perhaps be the most interesting of the Liuto forte instruments and the easiest to handle. It is a development of the 16th century lute in its tenor size. Apart from getting used to the extra bass strings and the lute’s body shape, this instrument demands no fundamental change in the guitarist’s approach. By using a simple scordatura, altering the third string down a semitone, and applying a capo tasto on the second or third fret, almost the complete Renaissance lute repertory right through John Dowland is immediately available. 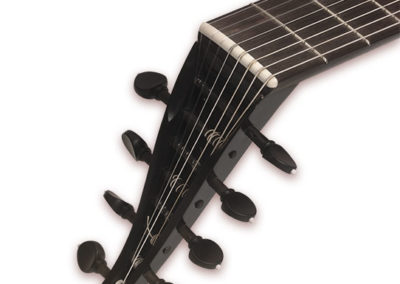 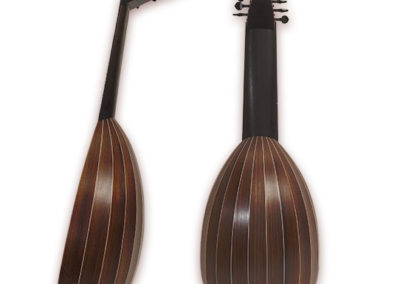 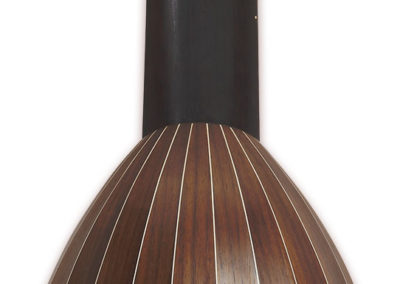 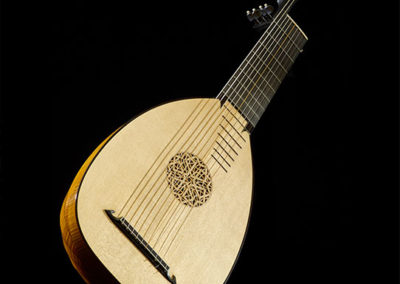 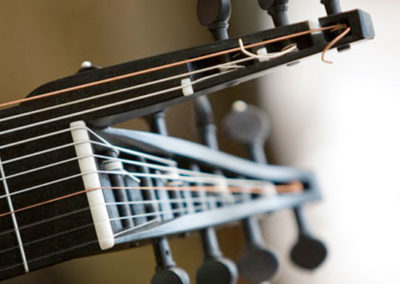 The extra bass strings on the 9 and 10 string Liuto forte in e will facilitate the interpretation of baroque lute music in guitar transcription (Bach, Weiss etc), not to mention modern arrangements for guitar from other instrumentation. Strained fingerings in the left hand can be simplified, and bothersome re-tuning of the guitar’s sixth string to D is avoided. An instrument of nine strings in the e tuning is the minimum requirement for performance of the baroque lute repertoire.

Your sense of discovery can be given free rein to determine which parts of the Spanish guitar repertoire can also be realised now on the Liuto forte, once the third string has been simply tuned to g – realised as well as or even better than on the guitar. Given the verve and tolerance guitarists have always shown in adapting lute music for the guitar, taking the process in the opposite direction should not prove an obstacle. 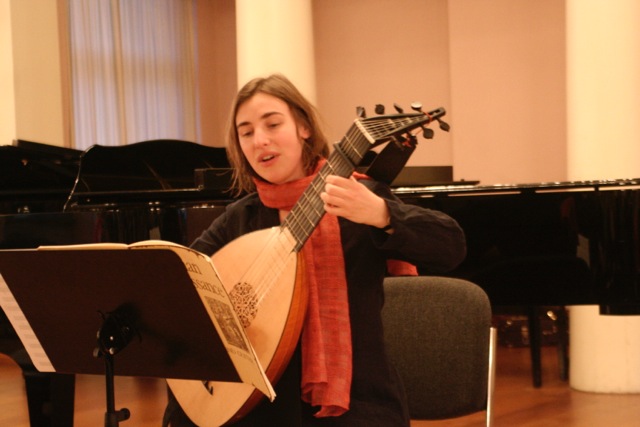 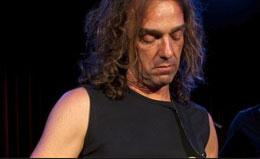