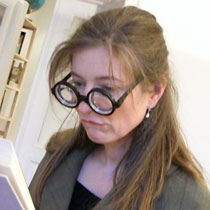 Lute music of the 16th to 18th centuries is now to a large extent available in reprints of tablatures (facsimiles) or in transcriptions in musical notation. The players of the Liuto forte can therefore decide for themselves whether they want to play these works from tablature or from sheet music.

Guitarists usually play by heart, lutenists from tablature. The reason for this is that the tablature shows the player directly where to place his fingers on the instrument without any additional auxiliary signs. Playing from tablature not only opens the door to an immeasurable treasure house of original sources, but also frees you from the slavish attachment to a single tuning. Lute tablatures may look complicated at first glance, but they are very simple and can be learned in just a few days. If you purchase a Liuto forte, we will provide you with instructions on how to do this free of charge.

Transcriptions of lute music in sheet music as well as new editions and reprints of tablatures can be ordered conveniently from Rainer Luckhardt, owner of Seicento-Musikverlag. He will also be happy to advise you on introductory literature and repertoire for all lute instruments:

Original sources can be found on the internet e.g. at https://lutesocietyofamerica.org or the homepages of the respective libraries.

Transcriptions of works for d minor lute to the six-string guitar are usually made by transposition into higher registers. This not only leads to unnecessary technical difficulties, but also often distorts the sound of the original beyond recognition.

However, due to the additional bass strings of their instrument, players of the Liuto forte in e have the possibility of either leaving works originally composed for the d minor lute (e.g. Sylvius Leopold Weiß) in the original key or – if the keys have more than one b flat – transposing them a half or whole tone lower. This much more reasonable method comes very close to the sound of the original in the d minor tuning, because the composition then even sounds at its original pitch (415 or 392 Hz).

We pay special attention to new compositions for the Liuto forte. It is of absolute importance that this instrument – like the guitar in the 20th century – receives original compositions. Experience so far has shown that it seems much easier to persuade contemporary composers to write for the new lute than it has been with the old lute.