Liuto forte – A Lute for the 21st Century

The Liuto forte has been recently developed as the result of efforts over a period of years – to combine the clarity and nobility of the old lutes with the warmth and wealth of colour of the Spanish guitar – uniting the strengths of both into a state of the art instrument: an instrument able to give both guitarists and lutenists the opportunity to work in new situations and combinations. On the other hand, the Liuto forte has specific qualities of its own which have not been heard on plucked instruments before, and which make it an unmistakably new creation. 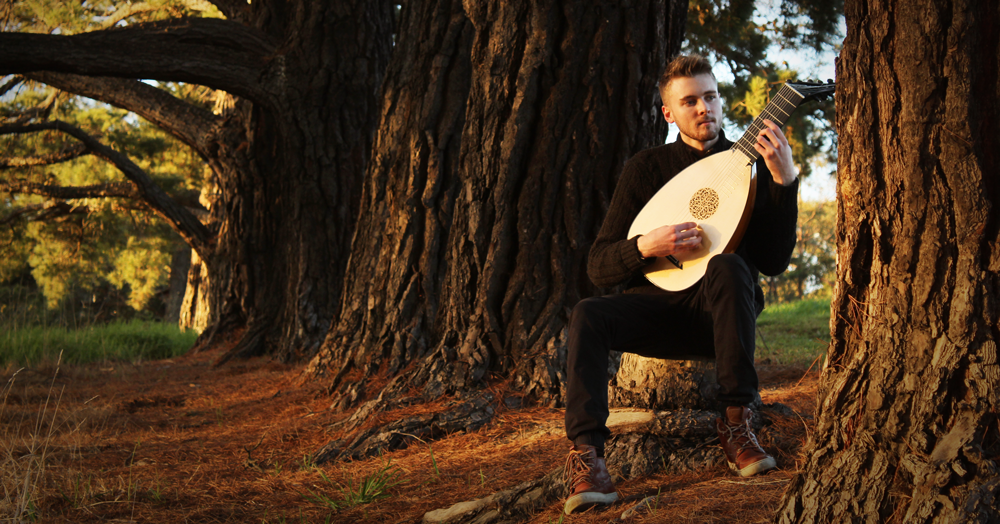 In its ability to hold its own in a chamber ensemble or in song and lieder accompaniment the liuto forte leaves the Spanish guitar as well as the historical lute far behind. It has absorbed a variety of constructional refinements and is overflowing with innovative ideas. Two distinguishing marks of the liuto forte are its ability to project and carry in larger halls and its powerful resonance. Both are due in no small measure to the application of the secret art, practised in the heyday of lute and violin making and now rediscovered by Benno Streu, for pairing the pieces of wood used.

Players who take up the liuto forte for the first time immediately notice its lightness, not only in terms of weight, but in its ease of delivery. Levels of volume can be produced with little effort, which would demand a lot more energy on the guitar, and would be quite impossible on the historical lute. Guitars and historical lutes always give the impression, moreover, that after the string has been struck the sound seems, at first, to hang back within the instrument. With the liuto forte, on the contrary, it is as if there were no longer any separation between the air inside the body of the instrument and outside it. The tone leaves the body without any hesitation and in all registers shows the greatest clarity and singing sustain.

As the strings of the various models have a medium tension and are very easy to handle, every liuto forte is equally accessible to lutenists and guitarists. Players are not forced to abandon their inherited instrument in the interests of another, quite distinct one, nor to make fundamentalist decisions regarding the use of fingertips or fingernails.

At the same time, though, the liuto forte is a completely individual instrument, similar to a cello in relation to the viol: an instrument whose immense possibilities are only beginning to be discovered, especially in chamber music. I have no doubts, that in the confluence of lutenistic and guitaristic experience, which this instrument encourages and enables, there can only be profit for the whole fretted plucking world.