Lute and Guitar – a Dilemma?

The Spanish guitar is one of the most successful instruments of the 20th century.1 But in spite of all its popularity, it did not manage to fill the space left by the lute’s disappearance from the post-baroque ensemble. Andrés Segovia’s dream of the guitar one day taking its place on equal terms with the cello and bassoon in the contemporary orchestra has not been realised. 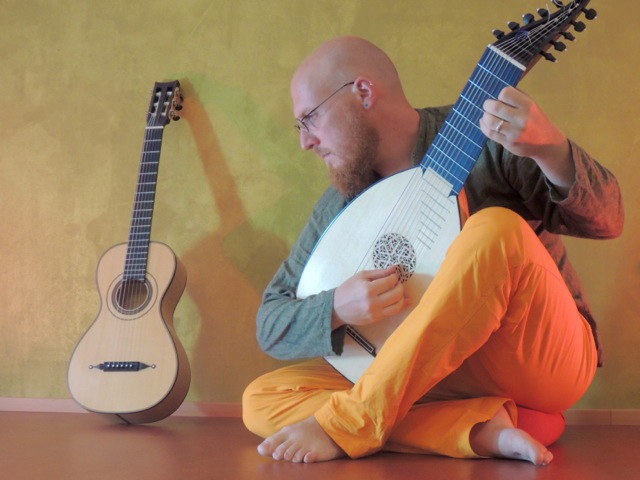 Even the reanimation of the historical lute in recent years has not had the fortune – except in the protected realm of Early Music – to reverse the cruel verdict of music history, or to achieve a broad acceptance at all comparable with that of the Spanish guitar. The lute instead comes up against those same acoustical boundaries afflicting it in the 18th century.

The re-awakened interest in historical performance on instruments of the lute family, bearing in mind the modest numbers of its devotees, can hardly be made responsible for a full triumph being finally denied the Spanish guitar. The reason can rather be found in the guitar’s own lack of success at establishing itself as an instrument in chamber music. Nevertheless, the unrecompensed “restitution” of much of the lute repertoire, once particularly cultivated by guitarists, has definitely undermined the guitar’s prominence.

1 It proves difficult to find the correct designation for the instrument generally called the classical guitar, or the concert guitar. In the context of music history, the term “Classical Guitar” would rather apply to the instrument of the Biedermeier period, the early Romantic guitar. The label “Concert Guitar” on the other hand, which came into vogue in the 1920s, was due to the need to mark its distinction from the mass-produced folk guitar, used in the main for song accompaniment. Considering that today’s guitar owes its form and its essentials of construction to the Spanish guitar builders of the 19th century, it will be here called the Spanish guitar throughout.