About the New Lute, or Liuto forte 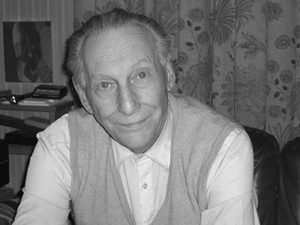 It was the lutenist André Burguete who first asked me to examine the time-honoured construction of the lute in the light of today’s acoustical knowledge and the more recent developments in instrument building. It seemed reasonable to review musical comparisons between the lute and the guitar. It was unmistakeable that particular guitars by Spanish masters of 19th and 20th centuries had a much louder sound than old or newly constructed lutes without being inferior to them in musical quality, apart from the different timbre of the guitar.

Making use of my experience over many years with the guitars of the great Spanish masters, I was able to suggest certain alterations, step by step and in consultation with André Burguete, which were progressively and congenially realised by the lutemaker Guenter Mark. In this manner, a “new lute” was produced, which in point of the volume produced, fears no comparison with the best guitars.

Strict attention was paid throughout that the characteristic tone of the lute was preserved. In what follows, the basic steps are elucidated, which led to the construction design of the “Liuto forte”.

Development of the Soundboard

It was Torres who was able to improve the statics of the soundboard, by introducing a slight arching or doming, to such an extent that he could do without heavy strutting. Guitar by Torres, though 100 years old shows hardly any tendency to cave in by contrast to the frequently heavy structured flat soundboards of historical lutes.

It is very possible that Torres, working in the second half of the 19th century, was aware of the theories arising from Chladni’s experiments with vibrating plates which were already widespread by 1800. He was perhaps then able to draw practical conclusions from these, which even today are not common practice. Because of the domed soundboard, in any case, he was able to keep the strutting so light, that the Chladni distribution of the soundboard modes would not be disturbed by any heavy bars.

Torres recognised that the sound generator of the instrument was a “sound-ellipse” on the soundboard, which surrounds the resonating bridge. This part of the soundboard he fitted with struts in fan formation, slightly varying the soundboard thickness in strict symmetry. His soundboards and those of his assistants are in general finished a certain amount more thinly towards the edges. We are today in a position to know that this helps to provide a “real” bass tone with a high proportion of fundamentals.

All of these principles were accordingly applied on the “new lute”. The bridge is placed in the centre of a symmetrical sound-ellipse, which is domed and lightly strutted. The higher parts of the soundboard above and below the rose are formed and barred in the classical lute manner. These parts are sympathetically stimulated, as in all lutes, by the “generator”, in other words, by the sound-ellipse around the bridge. It is these parts of the soundboard, along with the characteristic form of the lute body, which are responsible for the typical lute sound.

In contrast to the modern guitar, the strings of the traditional lute are not held in a defined position on a rigid saddle, but end at the bridge in a knotted noose. This noose not only brings an inexactitude into the formation of diapason, through its flexibility it also brings about a considerable loss of energy in the string vibrations reaching the bridge.

Following a special bridge construction by Torres, which we now know he built no more than twice, and which might be identical to his so-called “secret bridge”, a new bridge has been developed, which is nevertheless in its outward form no different to the classical lute bridge. With this construction, the strings have a rigid, defined support point, as on the guitar, which then directly act onthe soundboard. All causes of sound loss on the bridge are in this way removed. This bridge construction is protected from imitation by a utility model patent.

In the more or less elastic frets made of gut on the old lutes, as in the loops on the bridge, a loss of energy takes place. A considerable portion of the vibrating string’s energy is converted, in terms of physics, simply into heat, instead of into acoustical energy. As the exigencies of moving the frets for the purpose of more finely tuned temperaments are, from today’s point of view, to a large extent no longer pressing, the “new lute” has been fitted with fixed frets, which contribute substantially to a precise, strong and clear tone.

The double courses of the old lutes has been given up in favour of single stringing. Without exerting too much stress on the instrument’s upper limits of tension, the single stringing enables much heavier strings to be fitted at the same total tension as double strings. The heavier strings in higher tension, whose acoustic impedance better matches that of the soundboard, further enhances the total efficiency of the instrument. In research on the performance practices of earlier times, a frequent prior use of the principle of stringing with single strings was proven incidental to lute instruments (theorbo, archlute, gallichon, angelique). Last but not least, the lute becomes easy to tune.

Probably the most important step toward achieving a powerful resonance was the rediscovery of a lost principle in the choice of wood for the body, the soundboard and the neck. Whoever has played on ancient master instruments will have noticed their ease of delivery and the effortless sympathetic vibration of the whole instrument, as if this were a matter of course. The reason why we say of these instruments, “it’s as if more music comes out, than you put in,” is because of the high proportion of formants which are available to both chordal and melody playing, and their striking sustain.

It is in fact the case, that there is an acoustically important material constant in wood, which differs in each piece of timber. These measurable qualities have been ignored, if not unknown, in the entire technical literature of stringed instrument building, although they must have been familiar to the old masters, as measurements on the old instruments have shown. In extensive experimentation, it was proven to be possible to rediscover and develop a practical method for determining this material constant. Once their values have been established, an acoustically advantageous pairing of the different pieces of wood becomes possible. Unlike instruments where only the soundboards resonate, this distinctive pairing causes a marked resonance of the whole instrument. By means of this musically optimal pairing of the wood employed, moreover, the total dampening of the instrument is reduced. This is essential in keeping energy loss to a minimum during the transformation of the mechanical power applied in the attack of the string, into emitted acoustic power.

This particular selection criterion in the selection of wood has nothing whatever to do with the much discussed measurement of thicknesses in soundboard and body. The latter measurements simply serve in the adjustment of a favourable frequency between the primary resonance of the soundboard and the primary resonance of the enclosed air, which need to be explored as well.