Why the lute died out

The great final flare of the ancient lute artistry was enabled by the gift of Sylvius Leopold Weiss (1686-1750) to once more bring all the still viable potential of the tradition into the service of contemporary musical expression. To have achieved this again, in relation to the challenges posed by Mozartian musical language, would have required something more than the pale imitation of his heirs, like Johann Adolph Faustinus Weiss (1740-1814), who subsided into resignation.1 It would have required something more like the creative force of Nicolas Lupot (1758-1824)2 and Giovanni Battista Viotti (1755-1824),3 who were to be largely responsible for bringing the violin into the 19th century. 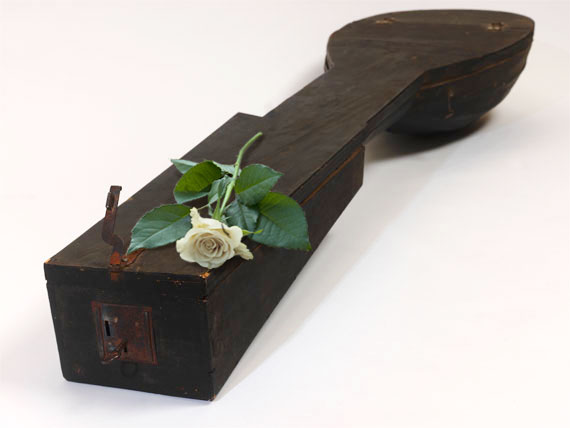 The great final flare of the ancient lute artistry was enabled by the gift of Sylvius Leopold Weiss (1686-1750) to once more bring all the still viable potential of the tradition into the service of contemporary musical expression. To have achieved this again, in relation to the challenges posed by Mozartian musical language, would have required something more than the pale imitation of his heirs, like Johann Adolph Faustinus Weiss (1740-1814), who subsided into resignation.1 It would have required something more like the creative force of Nicolas Lupot (1758-1824)2 and Giovanni Battista Viotti (1755-1824),3 who were to be largely responsible for bringing the violin into the 19th century.

The swift decline in the use of the lute during the second half of the 18th century is readily shrouded by devotees of the art with an aura of the unexplainable. But the seeds of decay are already sown in the first half of the century. The biting remarks of Johann Mattheson (1681-1764), in all essentials a justified critique of the lute of his time,4 called for a more constructive reaction than the complacent apologetics of Ernst Gottlieb Baron (1696-1760), which proved unable to avert his instrument’s fate.5

The Sonatas of Sylvius Leopold Weiss for lute, inspired by the orchestral style of Arcangelo Corelli (1653-1713), are supremely suited to playing techniques and fit the Baroque lute hand in glove. Yet, in terms of timbre, many of the great, late works are already moving into dimensions beyond the reach of the instrument. In recognition of this, Weiss and his followers rejected the narrow and deeply-rounded lute form, which gave a sound rather sweet than strong, and which had been the most favoured in 17th century France. They preferred lute models with broader, shallow bodies, as these had been established for the Italian archlute. This was an instrument which, played with the fingernails on strings of increased tension, was able to hold its own against the bowed strings of the Baroque.6 This body adaptation did result in a brief reprieve for the low tension and double-course D minor lute as well but was not enough to keep step, right through to the end of the 18th century, with emerging stylistic changes.7 Alterations would have been necessary, exactly as they were for the violin, in the construction of the belly, along with reforms in the stringing and in playing technique.

On hearing the last significant lute compositions of the 18th century, for example the works of Joachim Bernhard Hagen (1720-1787),8 one can get the feeling that the stiff and pompous tone of those octave-thickened bass strings does not quite fit with the style of the epoch, and that they ought to have been replaced with something lighter, more smooth and flexible. In the upper voice, though, one might wish for a warmer and rounder tone, with a longer-singing sustain than the Baroque lute can provide, even in the most skilful hands.

Guitarists like to describe lute sound as “monochrome“, unsensual and even, in certain cases, rather boring. They expect stronger contrasts of dynamics and timbre – particularly in extended works like the 20 minute long Partitas of S.L.Weiss – than any lute of historical construction can be persuaded to reveal.

Listeners of earlier times evidently also felt a desire for variety. The ancient lute masters sought to fulfil this by enlivening their playing with a spicing of florid and improvised ornament, a studied shimmering between mezzoforte and piano, and a myriad rhetorical refinements. The alterations of tone colours which today’s ears have become accustomed to expect were rendered impossible by the low string tension, double courses and the fixed position of the playing hand by the bridge. Within these limits, approved and accepted at the time, the delivery by masters of the past must have been incredibly bewitching; I would say there are still possibilities of refinement waiting to be creatively rediscovered, particularly for the baroque lute.

Johann Adolph Faustinus Weiss, who played his father’s works to the greatest perfection and died in Dresden as late as 1814, underwent the bitter experience of seeing an apparently paltry instrument of only 6 strings, in the hands of consummate artists like Mauro Giuliani (1781-1829), being not only capable of copying the colour range of an entire orchestra, but of producing a considerably sweeter and more singing tone than the multi-stringed lute had ever managed.

Although this small 19th century Biedermeier or “Early Romantic“ guitar only partly succeeded in mounting the throne left vacant by the lute family – and in carrying on the vast musical inheritance – it did, nonetheless, coincide to a far greater extent with the public’s transformed idea of the sound to be expected in plucked instruments.

It was not the shape of its body which gave the guitar its increased singing tone. The improved sustain on its higher strings was achieved solely by the enlargement of the “driving area” (sound-ellipse)9 – through a modification in the bar-bracing system of the belly, in other words. But the guitar’s new bass strings (tuned to A & E), due to the paucity in the volume of air within the body, did lack a certain basic support.

Although no one desired the return of the baroque lute’s thin tone in its descant strings, the potential superiority of air resonance in the old lute bodies was evident. This was the reason for the mandora’s enjoying, alone among specimens of the lute family in competition with the guitar, a certain amount of interest up until the beginning of the 19th century.10

In view of the advantages and drawbacks of both types of instrument, the possibility of combining the virtues of superior air resonance in a lute body with the warmer, singing descant of the classical guitar was already being considered 200 years before the appearance of the Liuto forte.

In the preface to his “Grosse Sonata op.7 für Guitarre allein” of 1806, the Viennese guitar composer Simon Molitor (1766-1848) maintains that the best solution would be to provide the guitar “with a completely rounded body in the manner of the mandora or the lute.“

After the guitar fever had faded around 1830 the early Romantic guitar would have more or less suffered the lute’s fate, had it not been for the genius of the outsider Antonio de Torres, who grasped how to transform the instrument into a sound vessel that would perfectly mirror the aesthetics of the day, and be able to inspire a new generation of players.

1 J.A.F.Weiss, who succeeded to the post of his father Sylvius Leopold, might be considered a pioneer of “historical performance practice”. He filled the time between Mozart’s death and Schumann’s birth with playing his father’s works to the princesses of Mecklenburg and composing letters to his master, petitioning for more pay.

3 Composer and violin virtuoso, whose works include 29 violin concertos. Viotti inspired Lupot to undertake the alterations which led to increased volume for the violin.

6 Baron’s treatise gives details of the form of the lutes most highly rated in the early 18th century: “…flat, broad ribbed, oblong, and which can cast the sound afar.” The author is possibly describing here a particular flattened body form, derived form the “Roman theorbo” or chitarrone, which was adopted around 1600, particularly in Venetian and Paduan lute making, and which in terms of its acoustic consequences anticipated violin making in Cremona. Instruments of this kind differ from those with deeply rounded bodies in a similar fashion to the differences between violins with highly arched, or with relatively flat bellies and backs. In a sense these two basic types, resulting in a sweet, and in a strong and brilliant tone respectively, can also be made out in Franco-Flemish and in Italian harpsichords.

7I know of no single piece for ensemble with solo lute from the first half of the 18th century in which the bowed strings instruments are not to be played muted throughout. In France, the D minor lute’s land of origin, any writing with this instrument for ensemble was renounced throughout the 17th century, and chamber music tasks were trusted to the single-stringed theorbo. And by the beginning of the 18th century the lute had practically ceased playing a part in French music.

9 By the term driving area or sound-ellipse is meant that part of the belly (or sound table) between its bottom edge and the first bar of the instrument.

10 The mandora is a lute instrument, current in the 18th century, of between 6 to 9 courses in guitar tuning. In the early 19th century some mandora players began to string their instruments singly, in response to the pressures of the 6-string guitar.