Prospects: Is the Liuto forte intended to replace the Historical Lute and the Spanish Guitar?

It is true that the liuto forte is capable of interpreting, with its three basic tunings in e, d and g, practically the whole surviving repertoire for both guitar and lute. In spite of its immense possibilities, it should not be understood as an affront to the established catalogue of instruments. It would prefer to take its place as an integrating medium in the broad spectrum of related musical instruments, as was once the undoubted traditional position of the lute in the history of European culture. 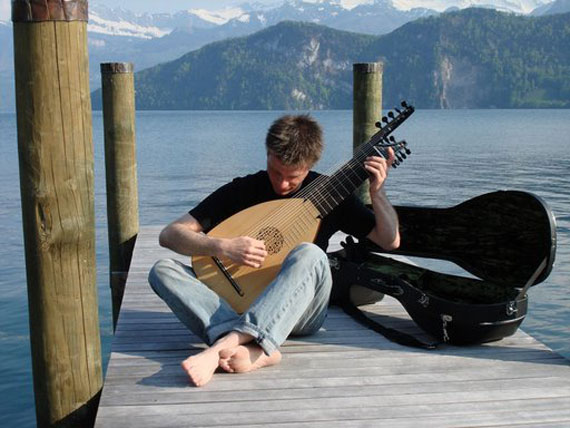 The liuto forte’s relation to the historical lute and the early Romantic guitar is perhaps that of the grand concert piano to the fortepiano and the harpsichord. Although a considerably wider range of musical styles can be presented on the grand piano, nobody would any longer seriously assert that its function was to replace or supersede the fortepiano and the harpsichord. It would be equally undesirable to want to limit the growing diffusion, and recently discovered diversity, of historical plucked instruments with one predominant variety.

Players of the historical lute can be sure that this innovation is not intended to narrow their field of action. On the contrary, the liuto forte is in a position to expand it. To cultivate an impressive history alone will never be sufficient. The future of the lute depends on its arrival in the present.

Maybe these briefly sketched possibilities for the new instrument are enough to encourage guitarists to make a serious trial with the liuto forte. By the same token, the broad prospects for the lute to become engaged across the whole range of musical activity in the 21st century, should inspire lutenists to match the 19th and 20th century success stories of the piano and the guitar with their own instrument – and work freely beyond historical constrictions.

In the meantime, well known lute players and prominent guitarists are already among the ranks of liuto fortists. Who knows whether this instrument has before it a future comparable to the archlute in 1600, or the violoncello a hundred years later? Promising indices would be its unlimited suitability for solo work and work in mixed ensembles, and not least its foundation on the two extraordinarily rich legacies of lute and guitar music from more than five centuries.

A concentration of all the vital potential of lute and guitar traditions will lead, and this would be enough, to an effective reintegration of a plucked instrument into the ensemble music of the 21st century. Developments so far are not discouraging.