Making reference to the “original sound“, or drawing attention to the employment of “original instruments“, has become one of today’s most tried and trusty methods of classical music marketing. It certainly has some justification for instruments which have been in constant use; but in the case of the lute grave doubts over the suitability of these slogans are in order. 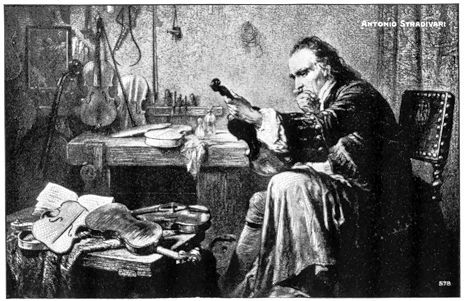 As almost all of the approximately one thousand lutes of the 16th to the 18th century still surviving today1 are either completely tone-dead, or at best half dead,2 it is appropriate to say that lute makers who receive requests from customers for copies of these instruments can have little certainty on what it is, exactly, they are expected to copy.

Every instrument manufacturer well knows that instruments made of the same tree, and with identical measurements scrupulously exact, may sound utterly dissimilar; whereas the sound of instruments of quite distinct construction can be so alike as to be indistinguishable. Since the sound itself is the only trustworthy criterion for the success of a copy – and since 98% of surviving lutes, let’s say, have no sound at all left to be judged – neither lute players nor lute makers have any yardstick with which really to orient their discrimination. The reconstruction of original sound quality by means of the exact physical copy and measurements of a model is an illusion.

We are able without difficulty to ascertain, today, the characteristic differences between a violin by Stradivari and Guadagnini, despite the modernisation and rebuilding which has been carried out. But who would dare to determine the factors which distinguished the sound of a lute by Leonardo Tieffenbrucker from one by Vendelio Venere?

In the catalogues of today‘s lutemakers the customer is offered copies of instruments from 16th-century workshops, like those of Frey, Tieffenbrucker or Venere. The offer would suggest that buyers are being given the choice between distinct tendencies in sound – not merely the keeping up of appearances – as the trademark of each respective, named historical lutemaker. The offer would be better accompanied by a disclaimer along the lines of: “The manufacturer is able to give no guarantee for similarity of sound” – simply because the sound originally made is as unknown to the maker as it is to the purchaser.

The extreme scarcity of playable historical lutes can give only the vaguest of indications, in comparison with the many surviving bowed string instruments, of what the specific tendencies and sound characteristics of each of the celebrated lutemaker dynasties in the 16th century actually were, or what ideal it was that they were striving for.3 Players confidently ordering a “Frey” copy, or a “Tieffenbrucker” or “Venere” today, are procuring little more than a historical chassis into which the maker has installed, at best, his picture of the appropriate sound.

It is therefore time to admit that, at least in acoustic respects: the lute can only be “reinvented”.

As for the reconstruction of “original playing techniques” it is likely that today‘s exponents of the Renaissance lute will have come the closest. Baroque lutenists of the present, however, hold their plucking hand thoroughly differently to the way in which it is visibly represented in the old iconography. It would appear that, due to the serious consequences in sound, not even the most radical apologists for original practice are prepared to adopt the authentic position of the playing hand: supported by the little finger just in front of or behind the bridge, as it is unmistakably described in the treatises of the 17th and 18th centuries.4 Admittedly, however, this historical hand position has a lot to do with the nature of the string material earlier in use. This differed appreciably from today’s in several important respects.

1 The most complete listing of known lute instruments surviving today is the Lautenweltadressbuch, or world address book of lutes, compiled by Klaus Martius: www.cs.dartmouth.edu/~lsa/associated/database/dbsearch.php

2 Even with the handful of lutes still playable today, it is not possible to say if the sound they make – after centuries of disuse – matches in any detail the sound as it once was.

3 Naturally with the exception of general assumptions to be made on the basis of rounded or flattened bodies, which can be also realised on modern copies.

4 That lutenists of earlier times really did firmly fix their hand by the bridge is not only to be proven from pictures, but also from the traces and scars of use on the soundboards of historical lutes. On an instrument by Hans Frey in the Kunsthistorisches Museum in Vienna the player’s little finger, placed to the rear of the bridge, has left a veritable trench behind.