Can the Rift between Spanish Guitar and Lute still be bridged? 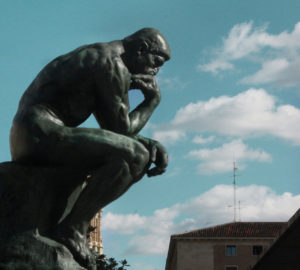 The fact that lutenists have specialised in the performance on reconstructions of historical models has not only brought about a liberating enrichment and a diversity to the palette of plucked instruments; it has also led to a profound schism between lutenists and guitarists. The present rupture was never there to such an extent in earlier centuries and is by now, to my mind, both needless and counterproductive.1 But it will remain insurmountable as long as one persists in denying to the lute the right and the means to continue its development beyond the 18th century – and to gain access to those techniques and worlds of sound which emerged in the history of the 19th and the 20th centuries.

Guitarists, as a rule, cannot make much of the frail-stringed historical lute, with its double courses and constant need for tuning. And many lutenists find the guitar a dull and ponderous enormity, whose patchwork of styles and repertoire hardly justifies the monstrous strain on fingers and back.

Although the old lute with its low tension and historical soundboard construction is ideal for the rendition of passamezzi and galliards and bourrée; yet if its period costume is declared an inviolable final state, it will find itself carried back again – early or later – to its original place behind the glass of museum cabinets.

Few instruments have proved as adaptable as the lute has been: varying its tuning and stringing but keeping its basic identity through the centuries. Lutes and lute playing kept their vitality for as long as they reckoned with the changing tastes of the times. Their vigour was lost when they gave up responding to the shifts in musical language and the changed demands for playing in ensemble.

It is really rather due to human imperfection than to the technical exhaustion of possibilities for the lute’s development that we may attribute the lack of lute pieces by Mozart, Schubert and Schumann. In the same way that players and makers of the instrument were able to mould and fit in with the diverse idioms of the Medieval, Renaissance and Baroque periods, we today would have a “classical“ and a “modern“ lute as well if the personal conditions had been a little more fortunate during one critical phase of stylistic change.

A true Sleeping Beauty of music history: the lute lay quiet through two hundred years of instrumental evolution. Kissed awake by the Prince of Period Performance, moving through the contemporary music scene as in a dream, taking the steps of the ancient dances in the ancient dress, and already a little sleepy again. Can Sleeping Beauty really awake? It all depends on how far we are prepared to offer, in addition to the costume wardrobe, an everyday contemporary dress in which to move more freely: to be receptive to new genres and regain the old vitality.

It is revealing that successful mediation of lute music to a broad musical public in the 20th century owed less to the champions of period instruments than to a guitarist like Julian Bream. This should not be attributed only to his outstanding personality as a performer. He was consciously prepared to accept divergences from the construction and stringing of the historical instrument, precisely in order to let the discoveries made in sound by the 19th and 20th century guitar flow into his spirited and colourful lute work.

Players, since, on the historical lute, may have given us a comparably authentic impression of how the music once sounded. There have been great musical personalities among them who have, in their turn, achieved the extraordinary on the instrument. Yet it appears that the dry tone, extinct once already at the turn of the 19th century, is going to be again less successful at finding its way into the hearts of a wide audience than the richly inflected tone of the guitar.

All this makes it the more regrettable that those guitarists, who have at their command all the technical requirements to master the lute repertoire, should be permanently kept from playing the instrument merely because of an insistence in the lute world on sticking to a period set-up and its allied sound ideals.

The small party of lute players today, demographically ‘the few’, are confronted with a situation much like that of impoverished aristocratic families who have been recently reinvested with their great castles, complete with appurtenances, fully furnished and appointed. The altered social situation, not to mention economical standards, makes it clear that exclusive use of the property is not an option – at least if the inheritance is to keep its value. To be sure, their marketing “instrument”, the old lute family – even granted their “legal” case for custody were watertight – is simply not strong enough to attract a non-specialist public to view the treasures, at least in sufficient numbers to guarantee the upkeep.

To maintain an exclusive claim, on the part of lutenists, to be the sole representatives of lute music, would be no less unreasonable and ridiculous than the view, voiced by Andrés Segovia (1893-1987), that there was no need at all for the lute, because its music sounded much better on the guitar anyway. Now, as it is by no means to be expected that guitarists should return to Renaissance and Baroque guitars, simply to be on speaking terms with the various orders of lutes, it makes more practical sense to bring the lute itself, stranded since the 1700s, into the company of the guitar and to let them converse again.

If the undoubted strengths of each – clarity and nobility of the lute, warmth and colour of the guitar – were to be united in a new instrument, an instrument accessible to both styles of playing and, what’s more, up to the demands of playing a part in modern ensembles: neither side could lose what it had, and both would win.

1 In the 17th century guitarists could also be theorbists or lutenists. Robert de Visée, for example, provides arrangements of the same piece for all three kinds of instrument.