The Liuto forte is really a magnificent and magical instrument – Every bit as good as I had hoped it would be and more. I am enjoying it so much I have hardly put it down since it arrived. What I particularly like is the colour of the tone quality plus its beautiful sustain and resonance. Because it responds to both the lightest touch and the strongest attack, it gives a lovely range and shades of dynamics. You have created a masterpiece.

It is beautifully made and finished by Michael. (And I love those tuning pegs. It’s a dream to tune after the bother of usual pegs of a lute).

I have just been playing through all types of music ranging from renaissance lute music, my arrangements of baroque music – Bach, Handel etc. Classical – Haydn, the Romantics, and modern pieces including some of my own. And it is wonderful on all. You are right is has a sound all of its own.

So far I have just played it for a few of my guitar students as they come, and they all say “WOW that‘s beautiful – the sound just goes on and on. It sounds like you are playing in a cathedral”. I’m looking forward to playing it in some concerts later this year.

The reaction to the instrument by audiences is always yery positive. Even Hopkinson Smith (in our seminar) thought the sound was lovely. However, for players of the traditional double course lute who have invested a large part of their life to their instrument it is not easy for them to accept or admit the possibility of innovative improvements even though they like the sound of the liuto forte. 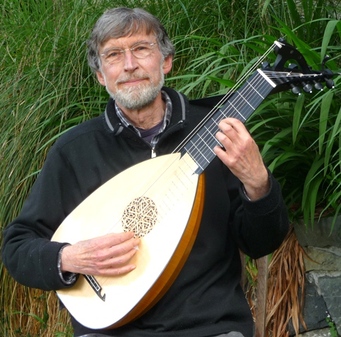